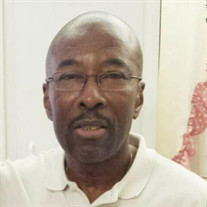 Jean Christmann' Philippe "Chris" or "Guzmann" died peacefully on his own time and own way surrounded by his wife, daughter, and only granddaughter at Florida Medical Center ICU on March 04, 2020 at 10:48pm at the age of 67. Chris aka Guzmann was born on December 04, 1952 in Crois-des-Bouquets in Haïti to Yldevert and Saintanise (Thermitil) Philippe. Chris graduated from L'ecole Technique de Commerce in Port-au-Prince, Haiti on May 5, 1980 with a degree in teaching for math, chemistry, and languages. He also received a Bachelor in Business Administration at Fort Lauderdale College, Florida on January 1994. He married Dorothy C. Bullock on July 1997 and would have celebrated 23 years of marriage and 26 years of being together this year. Chris worked as a Computer programmer & data processor as well as translator/interpreter for Broward County Supervisor of Elections for 23 years. Chris loved his career and job with the county. Although he was naturally an observant and quiet man, he enjoyed sharing his observations and could become a lengthy talker with the right subject content . His family will remember him as a quiet, kind, patient, stoutly independent, driven and very loving father/husband who worked hard for his family daily. Chris was an accomplished linguist and love languages. Not many know this, but besides the English language, Chris spoke fluently Haitian Créole, French, Spanish, and intermediate level German. He was a dedicated individual who could always be found watching the news, reading programmers computer manual/book or writing codes on his computer, gardening enthusiast, and who was passionate about encouraging others to pursue their education and career goals. Chris is survived by his father Yldevert Philippe who is 94, in Crois-des-Bouquets, Haïti; wife Dorothy Bullock-Philippe, of Lauderhill, Florida; only daughter Nancy Philippe Shaw (Michael Shaw) of Davenport, Iowa; stepchildren: Derek Francique of Toronto, Canada; & Jeninne Francique of Houston, Texas. Plus his pride & joy and only grand-daughter Ariana C Shaw who is 2 years old. Plus multiple nieces, nephews, cousins, step-grandchildren and 2 sisters-in-law most of whom resides in New York, Orlando Florida, and Haiti. Chris was preceded in death by his mom Saintanise (Thermitil) Philippe in 2012 in Haitï ; brothers: Clonese Philippe who died in the 2010 earthquake in Haitï along with youngest son Vaschni Julmeus Philippe and multiple nieces and nephews, and Miracdor Philippe in 2007 in Haitï. And only step-grandson Jamal Francique 2020 Toronto, Canada. The viewing will be held on Friday March 20th at Grace Funeral Chapels from 5 pm-9 pm. The funeral and burial is scheduled for March 21st, 2020 at Bailey Memorial Cemetery, with a reception to follow and TBA. Pastor Dan Williams will officiate the ceremony. All are welcome to attend and celebrate Jean Christmann' Philippe's life. Flowers can be sent to Grace Funeral Chapels or Bailey Memorial Cemetery. Condolences can be sent to Grace Funeral Chapels. The family would like to thank all the staff at Kindred Hospital in Hollywood Florida, Memorial Regional Hospital in Hollywood Florida, Tamarac Rehab in Tamarac, Florida, The Colony Club, and Florida Medical Hospital ICU nurses and doctors for their efforts, care, and dedication in caring for him at his time of needs.

Jean Christmann' Philippe "Chris" or "Guzmann" died peacefully on his own time and own way surrounded by his wife, daughter, and only granddaughter at Florida Medical Center ICU on March 04, 2020 at 10:48pm at the age of 67. Chris aka Guzmann... View Obituary & Service Information

The family of Jean Christmann' Philippe created this Life Tributes page to make it easy to share your memories.

Send flowers to the Philippe family.